On Wednesday  24th June a small band of intrepid photographers set out on a trip to visit the islands of Staffa, Lunga and Iona, essentially to photograph Puffins, Guillimots and Razorbills, also anything else that came in range.

We travelled by ferry and coach to Fionnphort at the South West corner of Mull, and then on to our tour boat.  The weather was a bit dull but warm and the sea was like a millpond.

When we reached Lunga we were surprised at how friendly the puffins were, some of which would come almost within arms length of us, and many of which were carrying sand eels to feed their young puffins.  Kilt rock was covered in a blanket of puffins, guillimots and razorbills, but all too soon our time was up and we had to head back to the boat and over to Staffa island.

As we left Lunga the rain came on, lightly at first, then getting heavier for a while.  On Staffa we trekked round to see and photograph the magnificent cave which was a bit of an effort considering how dark it was inside!

On to Iona which we decided against visiting as the rain had become heavy again and we had been informed that our Craignure - Oban ferry had been cancelled due to industrial action by Calmac staff, this was fortuitous as our tour boat had ben chartered to transport passengers to Oban from Craignure and so we stayed aboard for for the trip round the South coast of Mull, on the way we spotted several dolphins close to the boat which was a superb end to our excursion.

On arriving in Oban we headed to the chippy for a sit down meal, wonderful!  Said our cheerios and headed for home.

Everyone agreed it had been a great day out!

Those on the trip were:- 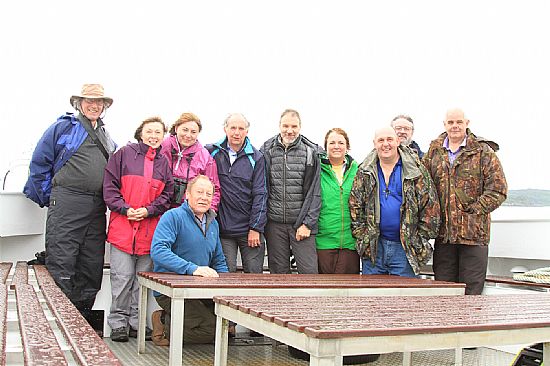 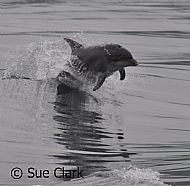 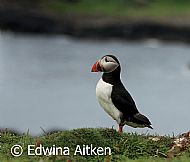 What's down there
© Edwina Aitken